There’s no denying that the point and click adventure’s heyday is well and truly over. The golden years of the genre, featuring the likes of Sam & Max Hit the Road, Broken Sword, The Secret of Monkey Island, Police Quest et al is long forgotten, but there are still plenty of point and click fans out there who are looking for something new. With Pewter Games’ new title The Little Acre, the early indications were that those fans would be well served. 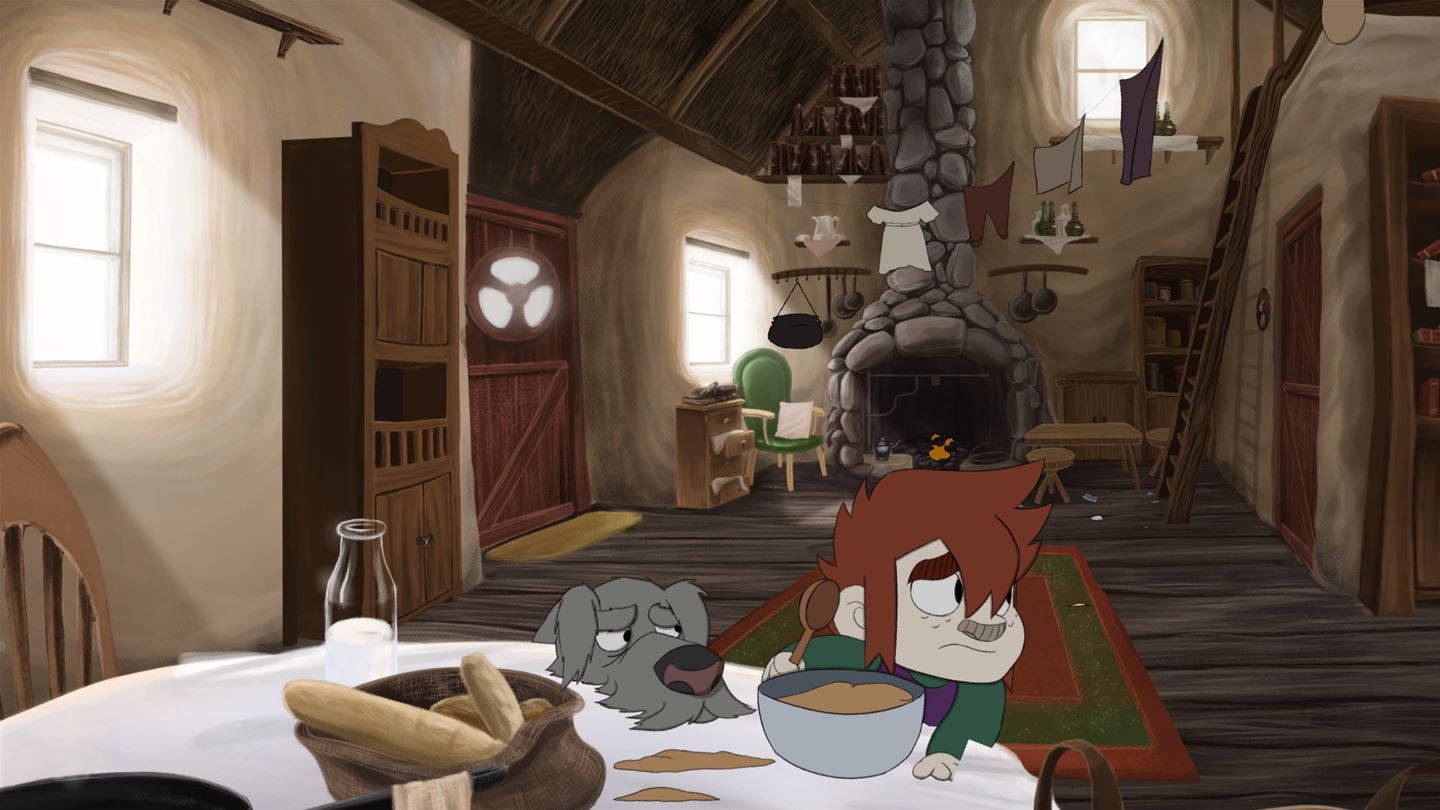 The Little Acre is a charming little game, of that there’s no doubt. The game features an all-Irish cast and stars Aidan and his cute and endearing daughter, Lily. Aidan’s inventor father has suddenly disappeared and as you’d expect, the duo – along with their dog – have to set about finding out what’s happened to him. Gameplay is purely of a point and click nature and is straightforward enough, though when Aidan and Lily become separated early on, the tale splits into two sections until they’re reunited, with the player being switched between the two characters upon reaching specific story beats.

In terms of visuals, The Little Acre’s PR blurb claims that the likes of the Don Bluth classic All Dogs Go to Heaven and the work of Studio Ghibli’s legendary Hayao Miyazaki inspire the game’s hand-drawn animation. To my eye, things are far more Bluth than Ghibli, here, though a character that looks remarkably like Spirited Away’s No-Face does make a very brief appearance about halfway through. The animation is charming and inviting enough and there are more than a few chuckles to be found, generally provided by the seemingly brave and fearless Lily coming up with unique ways of getting things done and the visuals supporting her antics well. 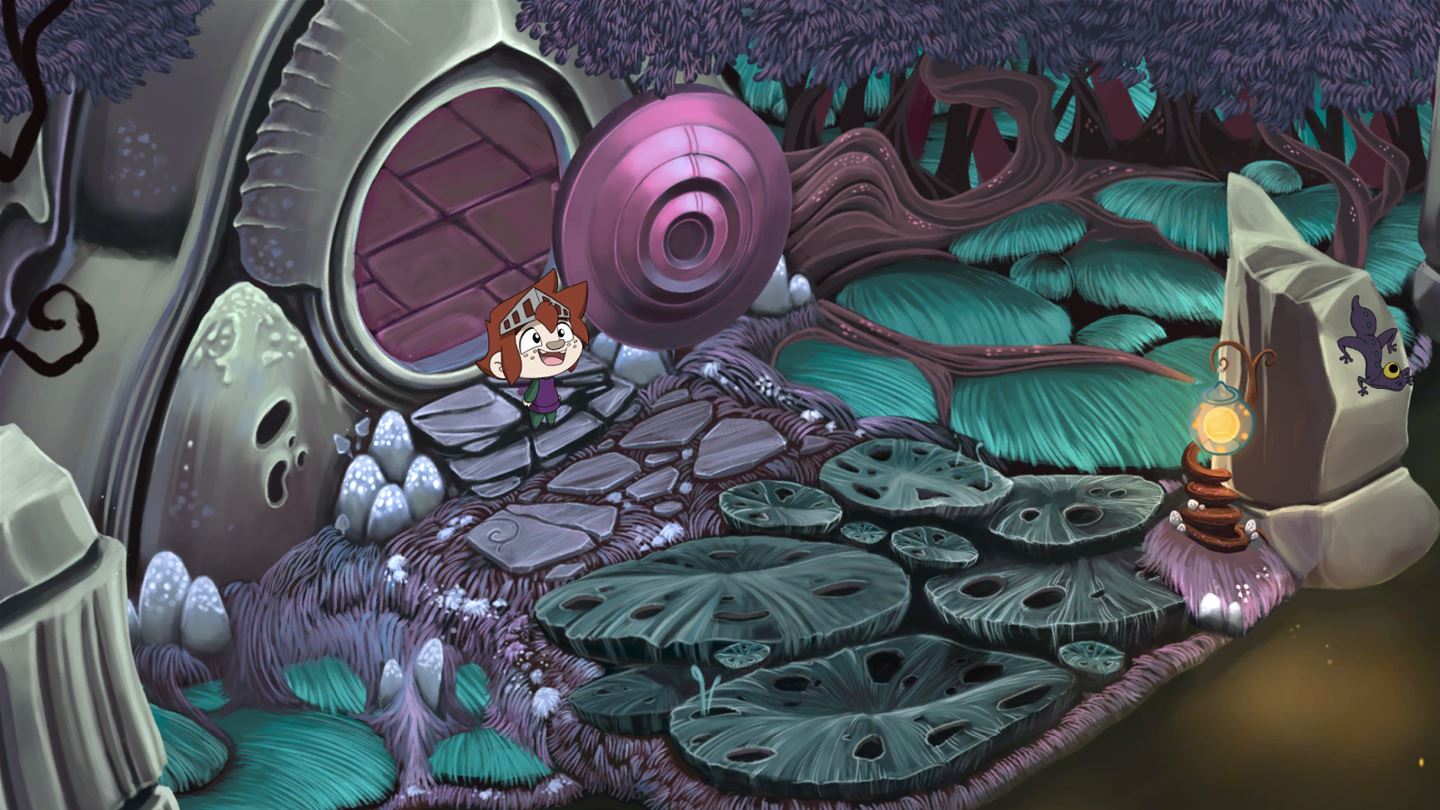 Along the way to finding the whereabouts of Aidan’s father, a few puzzles turn up that will give you pause, but not for very long. The truth, sadly, is that the brain teasers on offer won’t tax even the most clueless of minds. They’re very, very simple to work out and simplicity is a theme that runs through the whole game. At any time, you’ll only ever have access to two or three items in your inventory, meaning that it’s usually painfully obvious as to what you must do to move the story along, especially when you consider that the game often locks you down to being in the exact room or location that you need to be in to progress. If you do somehow manage to get stuck, a hint is available for every single situation in the game and is just a button press away and if that’s not enough, you can even get the exact solution with just another press or two. The chances of needing these options is slim, though.

This easy ride would be more acceptable if there weren’t other problems to be found. Technically, The Little Acre is absolutely flawless. Everything works as it should and there isn’t a single glitch or error to be found, but there are pretty big issues with the story itself in terms of how very brief it is. Everything feels remarkably rushed as you proceed through the tale, which will take most players only an hour and a half to complete. There’s even an achievement for speedrunning the entire thing in less than sixty minutes and unlike in other games with similar awards, it really won’t be difficult for most players to pick that one up. 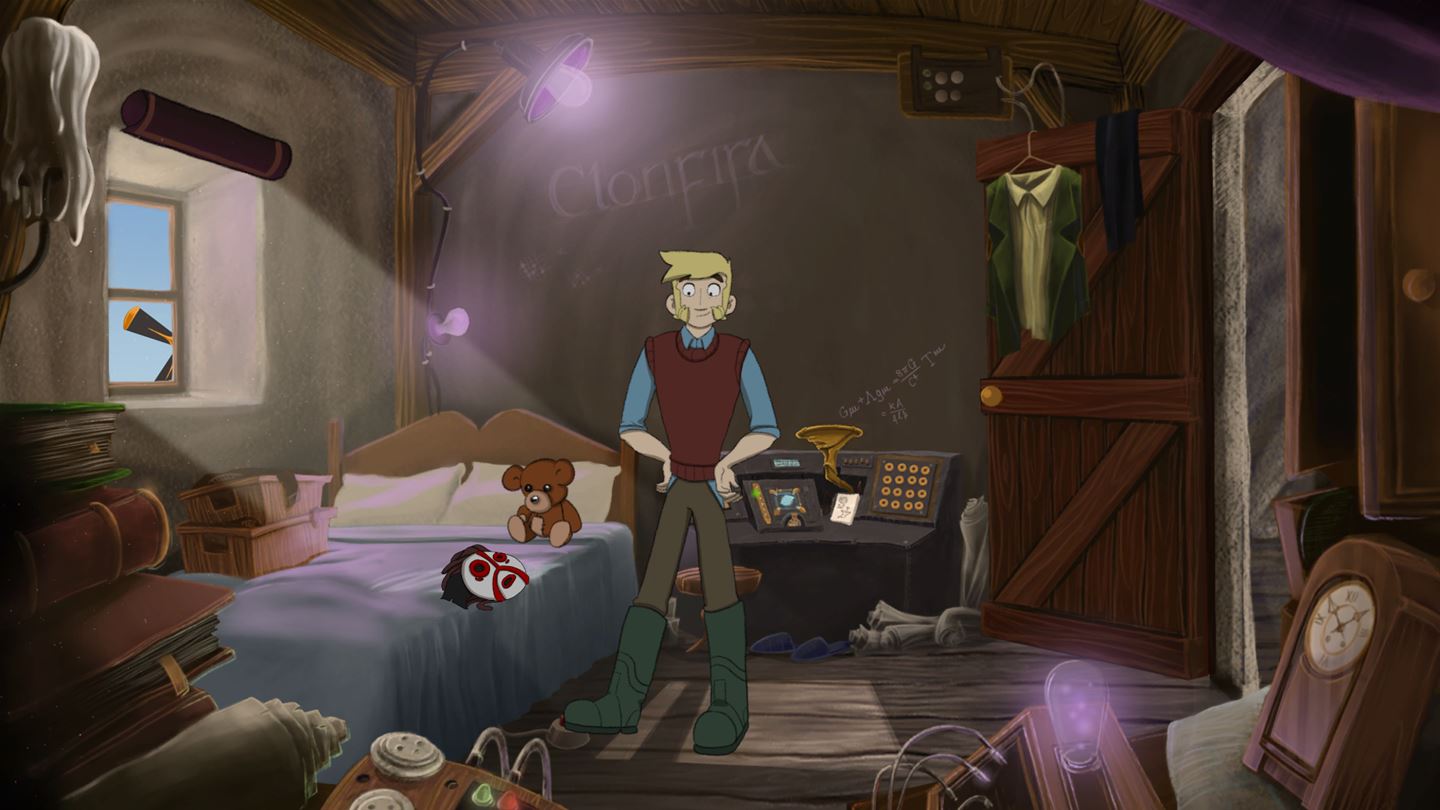 Just as the game gets you on the hook, it appears to be over, with the majority of areas presented during the tale feeling relatively unexplored. The setting of 1950’s Ireland that houses the first part of proceedings could be pretty much anywhere and in any decade, since there’s no real exploring outside of the confines of the characters’ house and garden, apart from a short jaunt to a laboratory. When you do reach the alternate world, things feel very much as if they’re on a conveyor belt and that you’re being propelled through the story as quickly as the game can get away with. Facing off against a monster that’s four times the size of the two lead characters should be a tough and challenging task with multiple stages, but the entire sequence lasts only a handful of clicks. The ending is also somewhat abrupt, too, as if whoever is telling the tale just wanted to get things over with as soon as possible. You’re wandering through the game, expecting to be heading toward another section of play and then – boom – cutscene, end credits.

These major issues with The Little Acre’s pacing and challenge damage the product’s value for money. While it’s charming enough and attractive enough, there’s not actually much in terms of adventuring or gameplay and there’s no compelling reason to go back and play through it again once you’re done. With no optional branches, no exploration, and no hidden extras to be found, you’ll have seen absolutely everything that it contains within that first run.

The Little Acre provides an easy an enjoyable hour or so for your money and if that’s all you’re expecting, then you’ll be happy. Those that want a little bit more in terms of depth or challenge though, will feel short changed.

The Little Acre Review: Half a Yard Short