BladeShield puts a light blade and energy shield in the hands of players as they take on continuous waves of drones. In my time of playing the game on the HTC Vive it was easy to appreciate and enjoy the gameplay of using dual swords to deflect bullets and slash at oncoming drones, and it’s also fun to switch to double shields when things get too intense due to a massive amount of firepower being tossed in the player’s direction.

BladeShield has the similarities of the other wave-based shooters out there, but it still has its own identity. Players will stand and attack oncoming drones that have unique abilities of their own. Some drones just hang out in front of the player and shoot a single bullet, while others fire multiple shots. There are also drones that don’t shoot at all, but instead come flying directly at the player hoping for impact. It’s important to slash those drones down before they make impact. 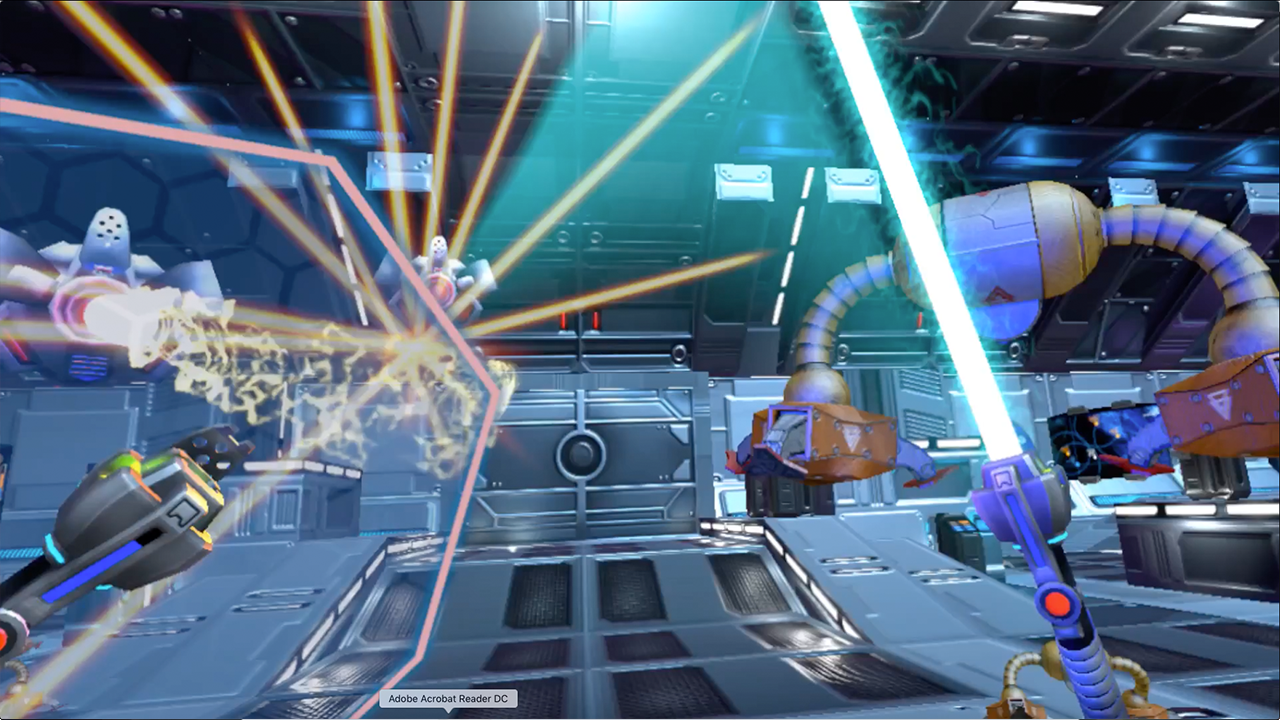 As players progress in the levels they will also come across gun turrets that shot a large fireball that can only be deflected with a shield. Once multiple turrets show up and there’s a room full of drones is when things get very intense and become a lot of fun. Speaking of a lot of fun and a room full of drones flying around, one of the game’s signature moves is that players can hold the trigger button and then slam the tip of the sword into the ground causing an awesome EMP blast that eliminates all drones in the vicinity.

I appreciate the simple style of arcade action that VR offers in games like BladeShield. It provides short bursts of excitement and leaderboards to continue bringing players back for more. It also has a decent single stage to play in and uses good color and lighting that makes it good to look at. BladeShield does enough differently that I found myself enjoying my progression through each wave of enemies while not thinking much about similar titles.

I liked the time I spent playing BladeShield and can easily see myself going back for more to get closer to the top score on the leaderboards. If these type of games are enjoyable for you and if leaderboards spark further interest, then I recommend checking out BladeShield, especially since it’s available for only $2.99 on Steam. Just remember that there isn’t a lot of depth here which is common for these type of games.