With the rise and rise of indie development over the last decade, side-scrolling shooters are ten a penny. The genre is one of the popular ones on which developers can cut their teeth and that’s given rise to a plethora of “me-too” titles that never really push things forward or even attempt to break out of the tried and tested set of rules. The saturation of the genre means that large numbers of people will overlook Adult Swim’s side-scrolling Rise & Shine and that’s sad, because it brings a lot of new and well-implemented ideas to the table. 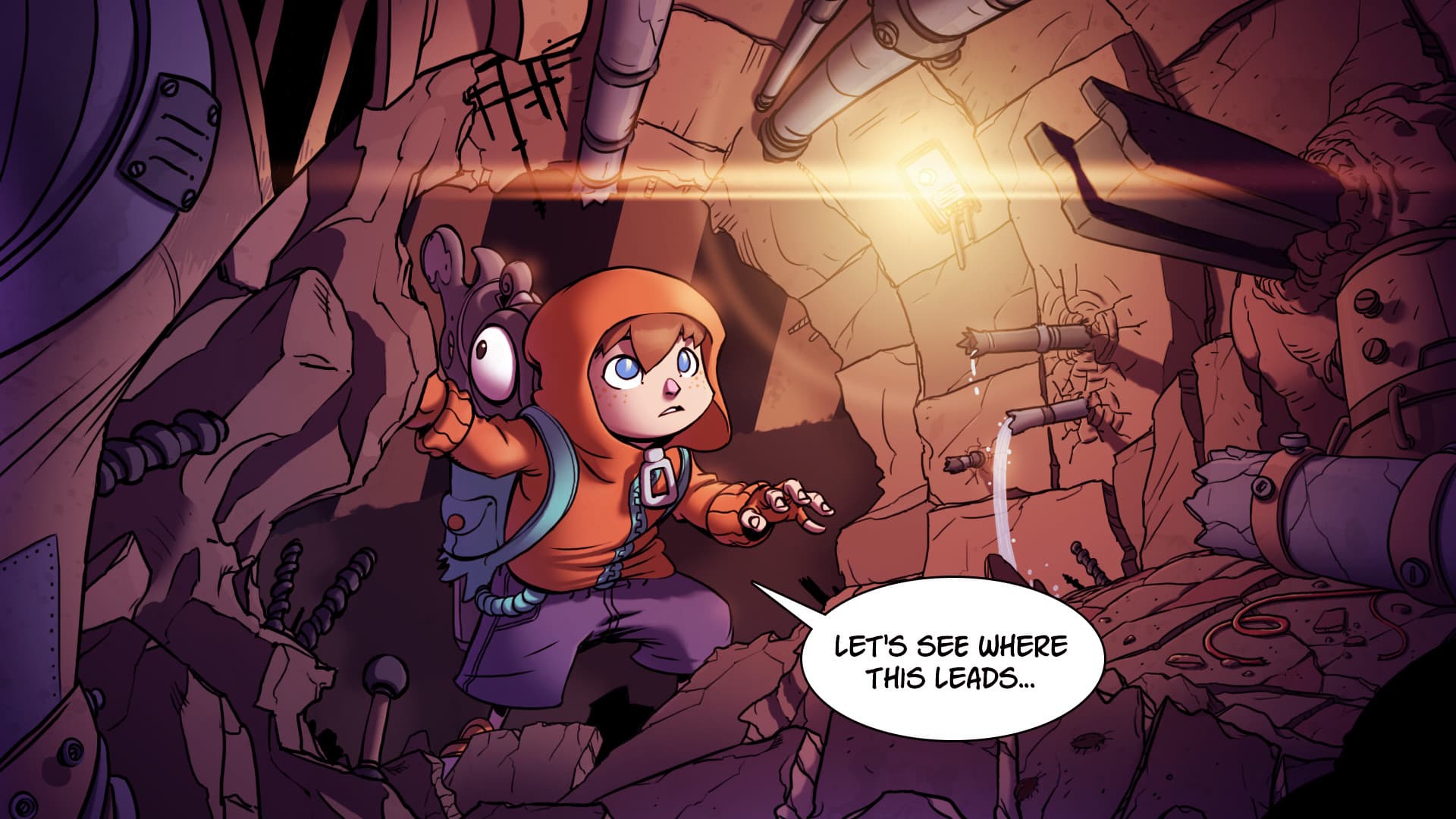 You play as Rise, a diminutive little chap who lives on Gamearth. With the world under attack from robots, zombies, and all manner of other videogame staples, he collaborates with the magical talking gun Shine to try to take back control of his homeland. Shine is a talented firearm. As well as shooting standard bullets, a quick tap of a button can convert those bullets into remotely guided shots, grenades, electrical charges, or a combination of the two. Success in Rise & Shine requires you to master the quick change between the different firing types. With two enemies coming at you (and there are frequently more than that), one might be taken down with a standard shot, while the other can only be destroyed by lobbing in an electrical grenade and detonating it at the exact right moment. It takes practice to get to the point that your weapon switching becomes second nature, but that’s mainly because of the speed at which the enemies will punish you for any mistakes.

More than one enemy type is able to kill Rise – usually in a bloody and brutal manner – with a single hit. If you don’t throw an explosive grenade over a behemoth’s shield and he gets near you for example, it’s game over. If you don’t take out a flying robot with a death ray before it gets to you, it’s ta-ta for now. If you don’t shoot that falling bomb before it hits the deck and sets fire to the floor of the entire stage, it’s curtains for you. You do have an energy bar so can take a couple of standard bullet hits, but Rise & Shine’s difficulty level is most definitely pitched toward the higher end of the scale. Enemies attack in the same formation on each attempt, so you’re never left dealing with random occurrences, and this – teamed with a relatively quick respawn system – means that you’re left with that exquisite “just one more go” feeling. You beat the first three waves of enemies and you know how to beat the fourth, so you’ll definitely get it done this time. This go. Oops. Forgot about that guy in the second wave. OK, this try. For sure. No messing about. It’s go time! NOOOOOOOOOO! That bomb in the first wave! And so on, and so on, until your sanity has all but dripped away and you’re just a blubbering wreck that knows exactly how to beat the game, but just can’t get it done. 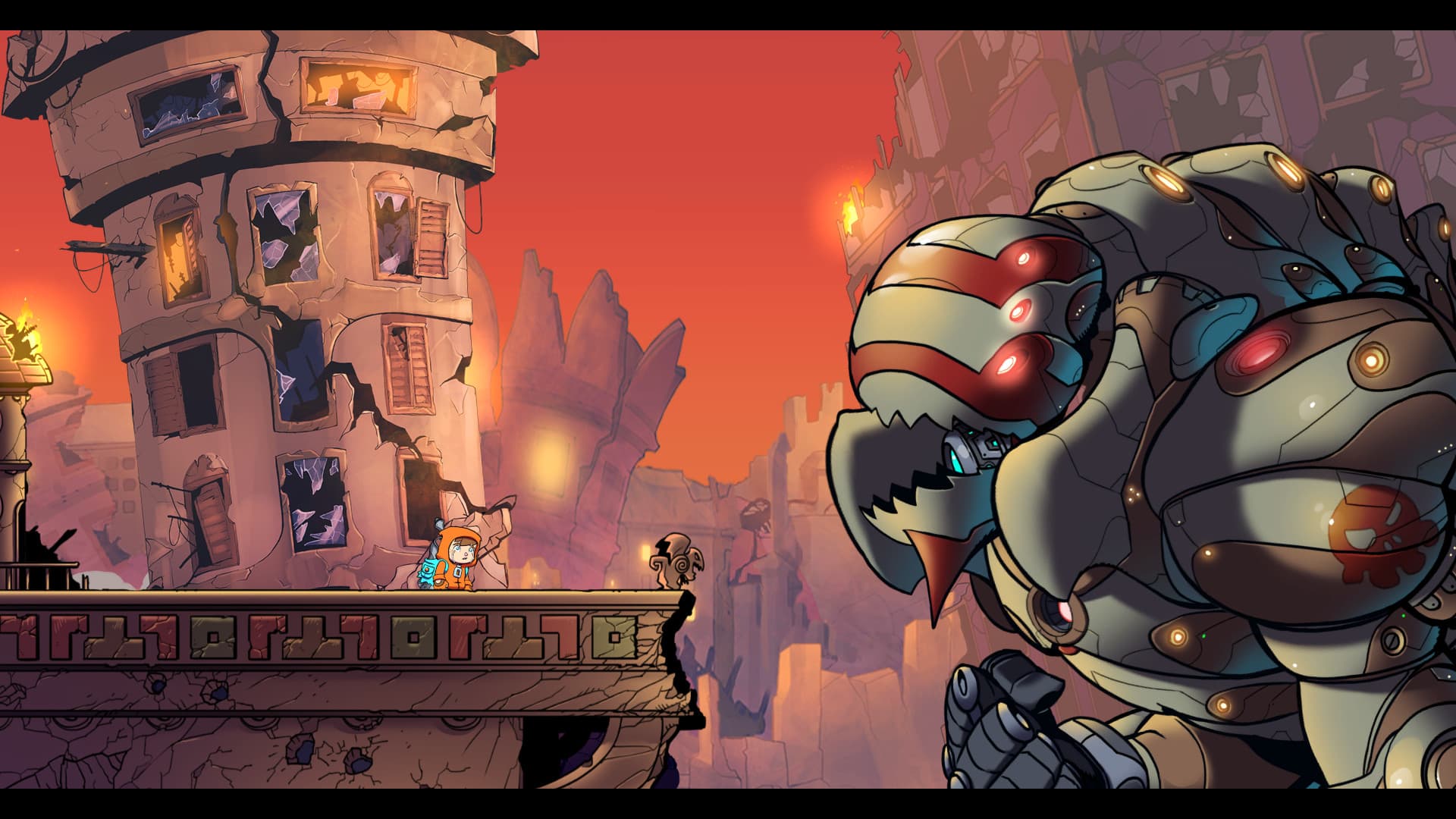 The firefights towards the latter half of the game start to get towards bullet hell level, though they’re always just about manageable. It isn’t going to take a thousand hours to master the patterns of incoming fire to get past a section but there’s a definite spike in difficulty as you hit the penultimate two scenes of the game that may be enough to put some players off, since it stands at such odds with the relatively smooth increase in challenge throughout the rest of proceedings.

When you’re not pelting attackers with bullets, Rise & Shine provides some light puzzling to break things up a little. The tasks aren’t always challenging – usually involving using Shine’s electric charge shot to power a switch or the like – but there are a couple of thinkers in there for sure as you get towards the closing stages. This change in pace from the all-action shootouts is most definitely welcome and makes Rise & Shine stand out from the crowd. 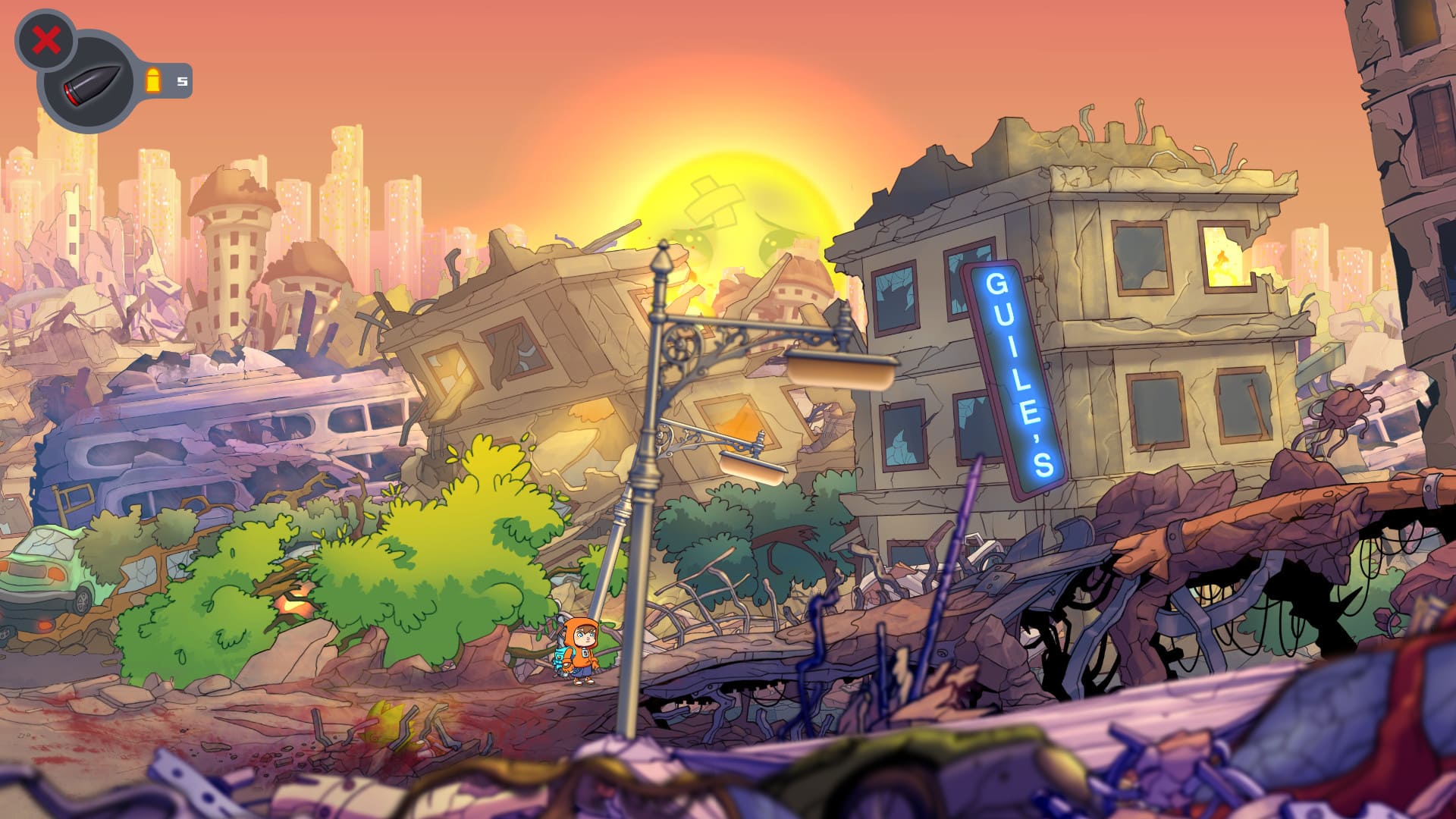 Another thing that assists to raise the game above the rest is the approach to visual details. The developer makes note that every level is a single, continuous, hand-drawn work of art with no repeating elements to be found as you march forward. It’s no hollow claim either, as every new level is entirely fresh and there’s a real beauty to the way they look, not to mention in the way the characters are animated, also.

Rise & Shine’s land of Gamearth’s name is no throw-away, either, since a million and one nods are made to all types of games from across the decades. You’ll see characters that resemble Master Chief, Mario, and others along your way, as well as chuckle along as the developers make good-natured fun of different videogame tropes as part of the story. The comedic returns are immediately apparent and the writing displays a nice light touch that prevents things from ever becoming groansome. 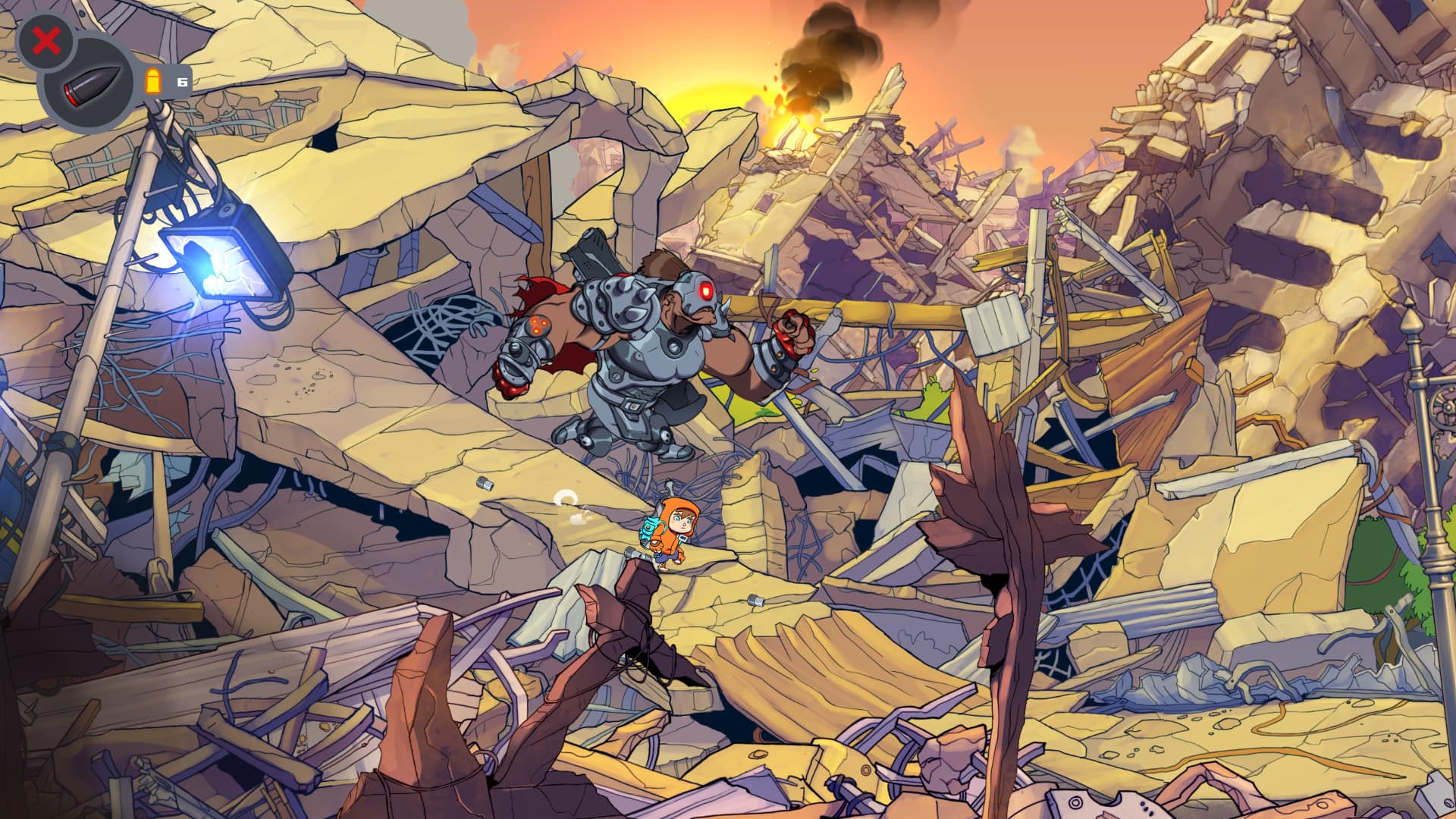 As a whole, Rise & Shine is excellent. It isn’t the longest game in the world, though the difficulty level later on will ensure that you get plenty of playing time for your money. That difficulty level might turn some potential players off, but those who are looking for an entertaining and well-crafted challenge have just found it.

Rise & Shine Review: Up and At 'Em