Final Fantasy XII: The Zodiac Age is an HD remaster of the 2006 classic, bringing enhancements to the visuals, battle design, and job system. During my time at PAX East 2017 I had the opportunity to sit down and explore the demo.

Coffee and Final Fantasy XII was a great way to start the day! @SquareEnix pic.twitter.com/BL4C07Jm1T

I consider myself a big Final Fantasy fan, however there are a few titles that have eluded me over the years. Final Fantasy XII happens to be one of those games. Because of that, everything with Final Fantasy XII: The Zodiac Age is brand-new to me. So, my point of view in the following preview is based on that.

When starting the demo, there is a single objective available that can be completed in under 10 minutes once you know exactly where to go. Of course, I spent over 45 minutes randomly exploring the open area, fighting enemies, and collecting loot scattered in the world. In fact, I played like an incredible noob at first as I discovered how to use the correct items, cast magic, and attempted to learn the Gambit system for the first time.

I eventually got more comfortable with the gameplay and started using different characters based on their attack abilities. The demo takes place about 30 hours into the game with character levels reaching 40. Players can select Vaan, Balthier, Fran, Basch, Ashe, and Penelo to form a 3-person party. It was nice being able to swap out the characters to get an idea of their capabilities and see which ones are more effective for my style of gameplay. I ended up liking Vaan’s straight up attack, Balthier’s long shot gun, and Penelo’s distant magic attacks.

The automatic battle system is interesting as players don’t necessarily need to select how to attack. They just need to get in the vicinity of the enemy and the automatic system will take over. Of course, players still have full control of how to attack if they wish to change it up a bit.

I enjoyed randomly running back and forth in the available location of the demo to fight battle after battle while getting used to the battle system. Like I mentioned, I did this for easily over 45 minutes before finally completing the demo. This gave me a good amount of time to appreciate the game and characters while desiring to see more.

By the way, once I completed the demo I played it again in order to beat it as quickly as possible, so I could share that play through from beginning to end. You can see the video below.

One of the biggest factors that draws me into Final Fantasy XII: The Zodiac Age is the art style. Again, I never had the opportunity to play the original, but I’m thrilled that I now have the chance to play the remastered version of the game. And from what I’ve seen so far, based on the small bits of the demo that I experienced, it’s attractive and fun. The more I played, the better I appreciated the visuals too, especially when I started using Penelo. I love casting magic with her and seeing the effects of fire, ice, etc. appear on the screen. 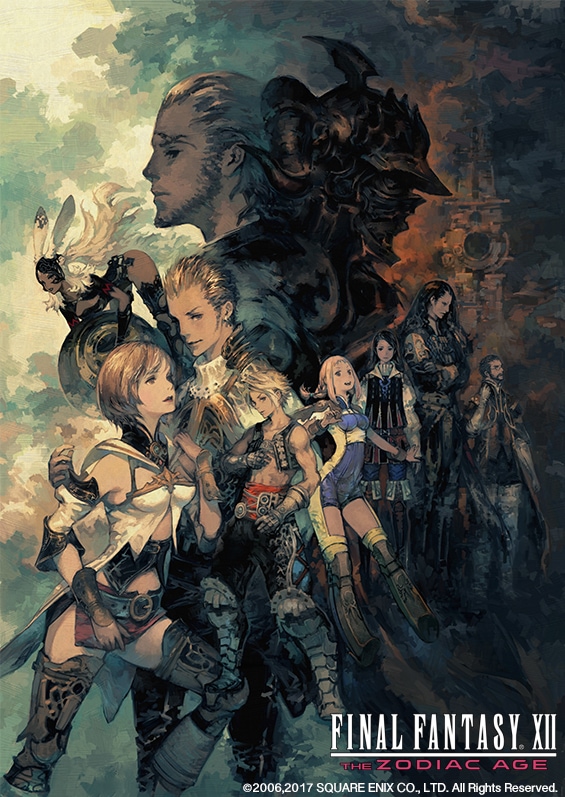 Final Fantasy XII: The Zodiac Age has me extremely excited as a first-time player of Final Fantasy XII. I can’t wait to further engage in the story and discover more about the world and its characters. Based on gameplay and art style, I know for a fact that I’ll be pouring many hours into it later this year when it releases on July 11, 2017 for PlayStation 4.