Now you see me, and now you don’t.

Quake Champions introduces new warriors with unique skills used for competition in a fast-paced arena shooter. This past weekend at PAX East 2017 I had the opportunity to play a couple of rounds of the speedy shooter and instantly found myself feeling right at home with its style and gameplay.

Let me first say that I only scheduled a quick 10-minute round to briefly experience what Quake Champions had to offer. I had no plans for coverage at this time, only to get a little bit of hands-on experience. However, I enjoyed the round so much that I had to play it again immediately, especially to try a different character. The demo featured a number of different ‘Champions’ for players to choose from, each with their own abilities that make the battle even more intriguing. 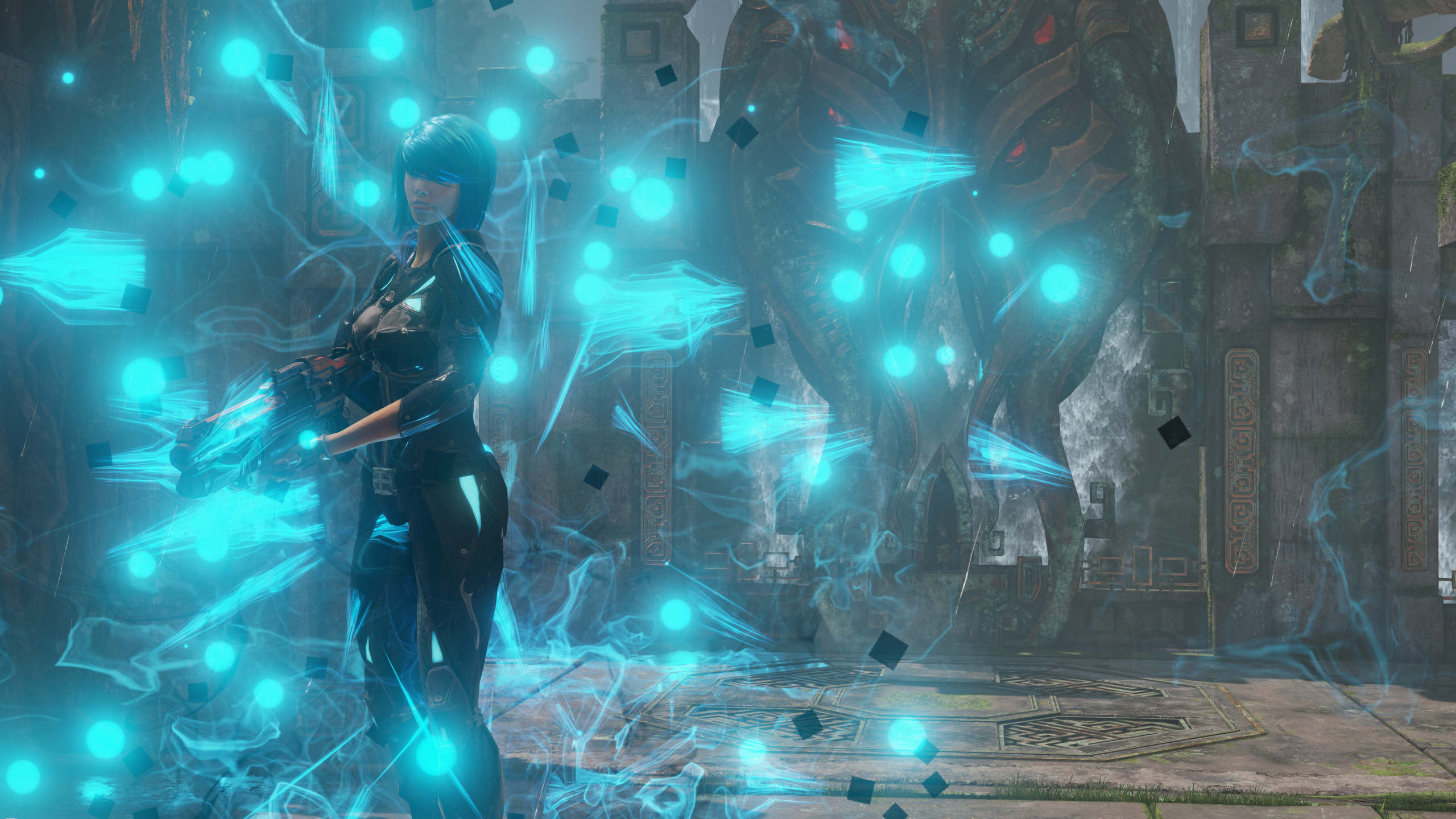 I first used Nyx who has the Ghost Walk ability, allowing her to shift to another dimension when her power is fully charged. I pretty much fell in love with that ability as it can easily get you out of a jam. It’s also especially useful for a first-time player. Now you see me, now you don’t! Plus, being able to become invisible to other players is ideal when preparing to pounce on the Quad Damage power-up that spawns every so often in the middle of the stage. It’s so great getting the power-up as you’ll likely plow through all who get in the way. Plus, combine that with the ability to become invisible just long enough to sneak up on other players? Yep, Nyx is pretty darn easy to like right from the beginning.

During my second round of battle I selected Galena who drops health packs that actually explode should an enemy run over them. That’s a pretty nifty ability as well. My placement of this item probably wasn’t always perfect, but I still made sure to use it often in order to at least charge up my health. I should have tried harder to place it in the smaller hallways or typical running paths of all players, to both heal my teammates as well as destroy foe.

Overall, I still preferred Nyx’s ability to become invisible for that brief moment. It’s just too ideal for the way I want to play the game. Who knows what my opinion will be once I have even more time to really become thoroughly engaged in the game. I certainly look forward to trying all the characters and their abilities to see how successful I can be with each one of them.

The level that I played in during the Quake Champions demo wasn’t anything too special…or was it? It actually felt just right for an arena shooter. It has its multilayers, small hallways and large rooms for a variety of combat. But still, nothing about it stood out. However, it’s probable that nothing stood out because I was so completely focused on quickly navigating through each area in search for enemies. As a result, I didn’t really care about my surroundings other than where to pickup items. That’s how gripping the gameplay is though. You just don’t have time to think about anything else.

It didn’t take long at all for me to get on target with the gameplay either. My shot was pretty precise and I found myself appreciating the speed of the game. I thoroughly enjoyed traversing through the arena and unloading every bit of ammunition I had on an enemy. Of course, after unleashing all my ammo, I would be forced to locate and pick up different weapons and collect additional health, plus armor, so I could reengage in battle in prime condition. Yeah, I could do this again and again and again…

I’ve played Quake in the past, but I don’t really have a good memory of it. However, Quake Champions feels like an arena shooter and comes across as something unique compared to all the other shooters currently available.

Bring on the Champions. I’m excited to learn more about this game in the near future!