Justin Price‘s science fiction series ‘Paragon’ is currently in production, and will star cult film icon, Danny Trejo. The premise of the show is an interesting one where humans have to deal with existence knowing that Heaven itself has been destroyed. That opens a whole lot of questions regarding death, good, and evil. From the little information we’ve seen, ‘Paragon’ will premiere with 7 episodes, each with a running time of 43 minutes.

Price, the show’s producer, writer, and director of four episodes lent a sliver of details about what we can expect if/when the show is picked up by a network, “Paragon is an edgier and grittier cable style series in the vein of Firefly and Altered Carbon. I believe we have an electric hybrid that explores the human spectrum of dealing with loss and love in a stylistic way. Danny Trejo is outstanding as Kincaid, the half-dead leader of disbanded reapers.”

We’ll be working on getting an interview with Price and Trejo. 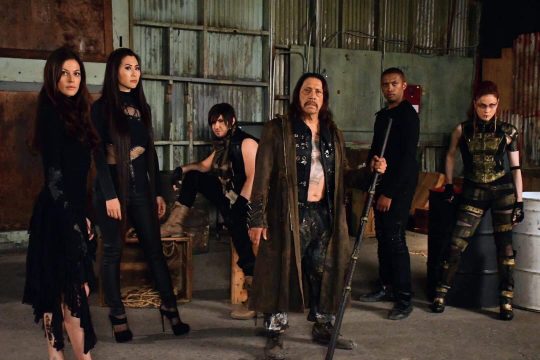 Synopsis: Paragon is a sci-fi action series that follows the different factions of society as they deal with Heaven’s destruction. With only a small piece of the after-life to live for, everyone from Death himself is fighting to claim the Elysian for themselves.