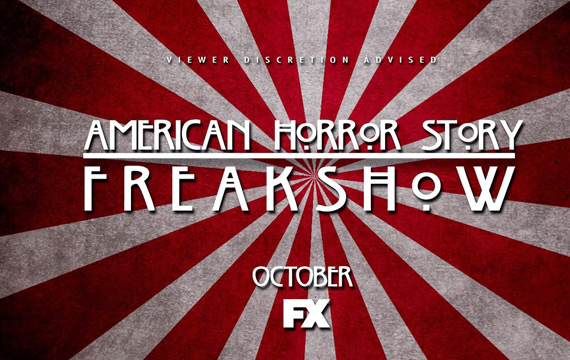 I’m not sure if you guys know this about me or not, but I am completely OBSESSED with American Horror Story. Now whether or not that speaks to how mentally stable I am, I can’t say, but what I can say is that this show has had me hooked since the Murder House pilot, and I’ve eagerly waited for the slightest tidbits of news regarding the new season every year since.

When I heard about the theme for this year’s story, Freakshow, I was elated! Carnivals naturally lend themselves to the possibility of freaky occurrences, and combined with the ensemble cast and talented team of writers that Ryan Murphy has put together, I already have nothing but high hopes for the newest season of the show.

We’re steadily approaching the time of year where American Horror Story will start dropping teasers and cast interviews, prepping to get everyone geared for the upcoming season, so when the teaser trailer below leaked, everyone ate it up…until shortly after, when it was outed as fan-made!

The thing that bugs me about this, however, is the quality of the promo, as well as the fact that it’s been removed from multiple Youtube channels at FOX’s request. These facts make me lean more toward the possibility that the promo was real, but since it wasn’t time for it to drop yet, FOX had it removed and is cleaning up someone’s mistake by brushing it off as a fan-made trailer. I just can’t buy this as a fake!

Check out the trailer below and let us know what you think about the authenticity of the teaser(which, if this really is some fan-made trickery going on, whoever is behind this should get a job producing promos immediately, because its beautiful to creepy ratio is spot on):