Are Hunger Games co-stars Jennifer Lawrence and Liam Hemsworth dating? That’s what the covers of several magazine and gossip sites are claiming.

Lawrence just recently split from Nicholas Hoult and then was rumored to be seeing Coldplay’s Chris Martin. Hemsworth had a high-profile split from Miley Cyrus roughly a year ago. So both Mockingjay stars are single, but where are the rumors coming from?

According to a report from a U.K. tabloid, HEAT, a source had told them that, “They’ve always had insane chemistry, but they’ve never been single at the same time before…Jen and Liam have been friends for years…and she’s always confided in him about the drama in her love life. She’s really leaned on him during all the drama with Chris [Martin].”

While neither Lawrence or Hemsworth have commented on the rumors, fans are certainly hopeful for the two! Let us know your thoughts on this rumored relationship below! 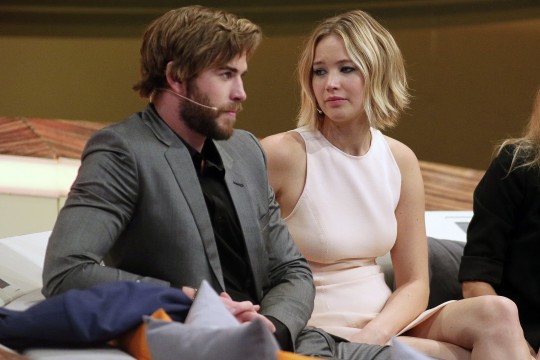