Last month, we posted a list of eight games to get your hype juices flowing (ew) and promised that there would be eight more to come (ya know, 16 games…2016? Oh, so very clever).

So, you guessed it: cue the epic music and get ready to geek out like it’s 1999, because it’s a new month, and we’ve got part 2 coming at you right now.

I’ve put in release dates where possible, but most of this list is still set simply for release sometime this year. 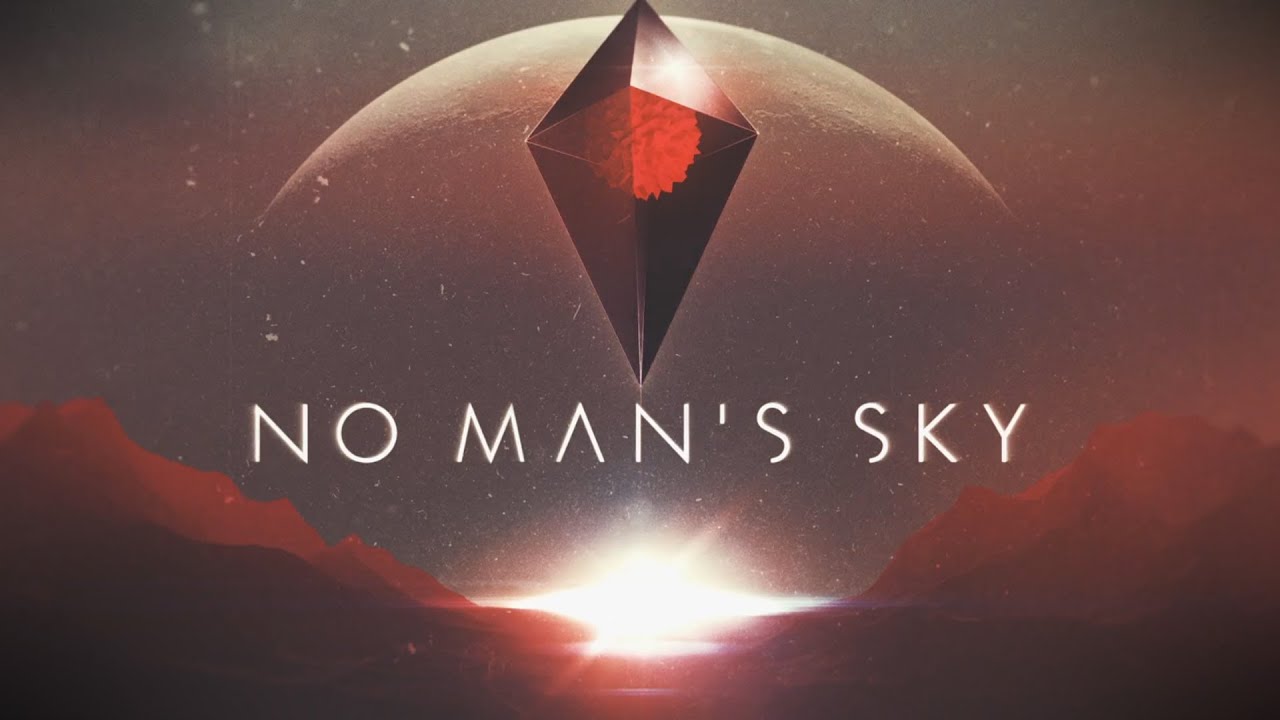 What happens when you combine Minecraft with Mass Effect and give it a name that sounds like an episode of Firefly? That would be Hello Games‘ No Man’s Sky, the most anticipated indie game of 2016 and possibly ever. Here’s the basics: No Man’s Sky is a game about deep space exploration and survival. Upon release, Hello Games is claiming that there will be 18 quintillion planets to explore.

If that sounds like a mindbogglingly-big number, that’s because it is. How is it possible? Because procedural generation. The game will randomly generate these worlds as players find them. The math behind the game (that I cannot begin to comprehend. I’m a writer for a reason) will determine what spawns and why. For example, No Man’s Sky will take a location for a planet and figure out what kind of climate, flora and fauna would realistically evolve on a world based this distance from its star and set other factors. Once that place is discovered, it will always be there for other players to find, but will only appear should said players get close to it.

Of course, a game this ambitious has the possibility of falling flat on its procedurally-generated face, but here’s hoping that No Man’s Sky will soar. 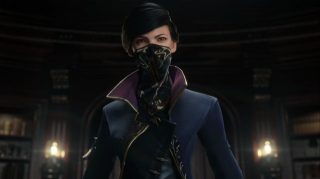 Dishonored 2 looks to be just as exciting. Emily is now Empress Emily Kaldwin and a playable character. After a short prologue, the player will be given a choice of who to continue the story with, and that choice will be permanent (can you say, “replayability”?). She has a different set of powers than Corvo, and her perspective and attitudes will be different than those of our favorite supernatural assassin. The game will also feature a third path to go along with the original game’s low chaos (“good”) and high chaos (“bad”) approaches, though details on what exactly that will be are still sketchy. Furthermore, Dishonored 2 will apparently let you decide how difficult you want your gameplay to be. You’ll be able to change things like, for example, how easy or difficult it is for the guards to see you when leaning out of cover. 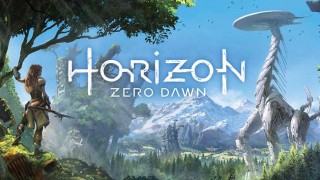 From the developers of the Killzone franchise, Guerrilla Games, comes a brand new intellectual property: Horizon Zero Dawn. Imagine Ark Survival combined with Fallout 4 and you start to get the basic idea. Its an open-world action RPG set in a post-apocalyptic Earth long since abandoned by humanity. The world is now populated instead by vicious robotic animals and a few scattered tribes. Aloy and her people are desperately trying to survive this beautifully deadly place.

I’m actually very interested to see how this game holds up. It looks stunning, graphically, and the plot sounds intriguing, but there’s a whole slew of very good action-RPGs out there right now. On top of that, Guerilla’s survivors will also have to contend with Far Cry Primal, a game in a beloved franchise with a similar concept, though a different story. I’m hoping it holds up; the more good games out there, the better, I say. 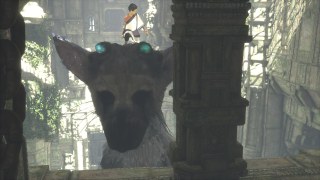 A game that Kotaku once called “Sony’s very own Half-Life 3”, The Last Guardian has been anticipated for years now. Fumito Ueda’s Team Ico, the folks who gave us Ico and Shadow of the Colossus, announced it way back in 2009. It evolved from a PS3 game to a PS4 game sometime between then and now and seems to finally be slated for release later this year.

It’s a story about a young boy and a giant dog-bird-griffinish hybrid named Trico. I love my pets dearly, and have to admit that I’m touched by the depth of the relationship that these two seem to share, even just from what I’ve seen in the E3 preview. At its fundamentals, The Last Guardian is a puzzle-solving game. The unnamed boy and Trico have to work together through perilous perils to reach their destination unharmed. I truly respect Team Ico for taking so long with this game, despite criticism, as I’m confident that it means that they put in the love and work required to develop a truly fantastic game. 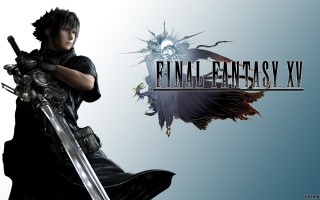 Final Fantasy is a household name. Even people that don’t play video games have heard the name. Kinda like non-science fiction fans and Star Wars. Final Fantasy VII and Final Fantasy X are two of the most beloved games of all time. So needless to say, everyone is hopeful for Final Fantasy XV after the mixed response to XIII and its sequels (I actually really enjoyed the original XIII. Bring it on!) and to XIV Online.

Final Fantasy XV is set in a world that is much more grounded in reality than most titles in the series (the main characters drive around in a car). The core concept revolves around exploring the humanity of the protagonist and only playable character, Noctis, and his friends. Noctis is the heir apparent to the country of Lucis. A war between nations has left Lucis as the sole technologically-advanced society in the world. The rest of the map has fallen into the dark ages and is dominated by Lucis’ enemy: Niflheim. XV will also alter the series’ traditional turn-based combat. Attacks will be mapped, and encounters will happen without transition or loading. 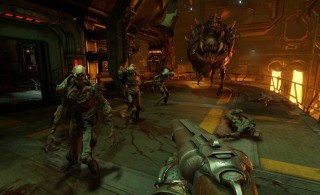 Remember when Doom 4 was a thing, back in the day? Well now id Software, with the help of some Bethesda publishing, has decided to completely reboot the game. This is usually the part where I sum up the game for you, but the executive producer, Marty Stratton did such a good job doing so, that I can’t help but let him take over. He stated that Doom will focus on three key components, “badass demons, big effing guns, and moving really, really fast”.

In addition to the aforementioned running and gunning, the game will also feature SnapMap, a Forge-esque mechanic that will allow players to create their own levels, maps, and gametypes and to share them with others. You can check that out right around here. 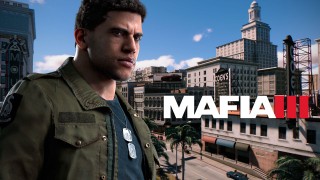 2K Games announced the next title in the Mafia series back in August. We gave you the details we had at the time, but I’ll happily mention them here again, because the game’s premise is super-cool and intriguing.

Lincoln Clay is a biracial veteran of the Vietnam War living in New Orleans in the late sixties. After his family is killed by the Italian mob, he builds up the Black Mob to combat them and, of course, to wreak vengeance upon the attackers. It seems that Mafia III’s core gameplay will be similar to that of Grand Theft Auto (as expected from a game published by 2K): a big city map populated by quest-giving allies and utilizing cover-based combat. So, combining tried-and-true gameplay with the story-telling chops of the Mafia series should equal out to a great game. 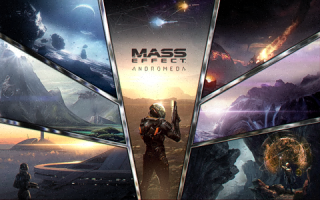 Those of you that have read almost any of my other articles on FanBolt know that I am an unabashed Mass Effect fanatic. Mass Effect 2 remains my all-time favorite game to this day, and I was totally okay with the extended cut of Mass Effect 3‘s ending once it dropped. So, needless to say, this is totally my most anticipated game of 2016.

Andromeda will take place in the Andromeda galaxy (oh, really, John? Thanks for clearing that up). Long after the events of the original Mass Effect trilogy, a so-far unnamed human explorer sets off on a journey in a new ship, the Tempest, to explore the galaxies outside our own. We don’t have many details, but we do know that the game will feature at least two new races, a variety of worlds and environments to explore, and the triumphant return of the ever-bouncy Mako. We’ll likely see nods to the original story, but I doubt we’ll see any returning characters (with the exception, maybe, of Liara T’Soni. Asari can live to be 1000, after all). The game is set to release “holiday 2016”, which, coming from BioWare, I bet you my Omni-tool means November 7th.